Not everyone will know Linux. The operating system is dominant in the server market and is the basis of Android, but it never broke through on the desktop. (Microsoft) Windows and Apple dominate there. Still, Linux has a relatively small but fanatical group of users. Therefore we have: FlexWhere for Linux!

The current Linux version can do the same as the version of FlexWhere for Windows and Mac. Employees are immediately recognised when logging on to a fixed PC or docking station. Separate registration is then no longer necessary.

FlexWhere for Linux displays a floor plan, just like FlexWhere for other operating systems. Employees with a laptop click on their desk icon and thus indicate where they have found a workspot. Also, Linux users within the company quickly find their colleagues with FlexWhere for Linux.

On the map, it is possible to indicate which PCs are running under Linux. You can do that with the icon for a special desk: 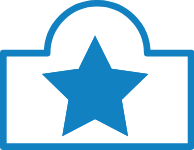 In this way, every employee chooses the system that suits his or her work.

Execute from the command line

All files for FlexWhere for Linux are downloadable in a zip file. The executable file is FW.LinuxClient and is activated with the command ./ from the command line. Make and Make files are not needed. Tip: Place FlexWhere in a startup script.

After starting, FlexWhere for Linux recognises your organisation and immediately displays the floor plan. A FlexWhere icon will then appear in the tray or status bar. Active for more organisations? Then the URL of the config files can be set via the file appsettings.json.

The software works best with Gnome but with a few modifications, it can also be adapted to KDE or other graphical desktops for Linux. FlexWhere for Linux is made for x83 processors.